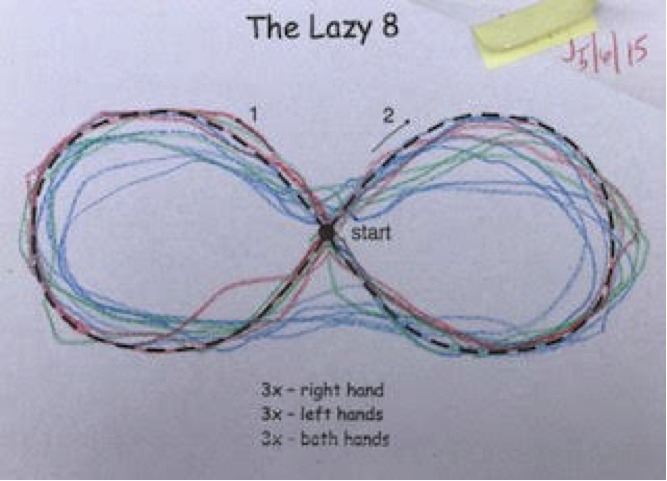 Completed in February 2015, this pre-assessment shows the student was only able to trace half of the figure. The connections in the corpus callosum (connections between the right and left hemispheres of the brain) were not firing as they should. This student had difficulty crossing the mid-line of her body. 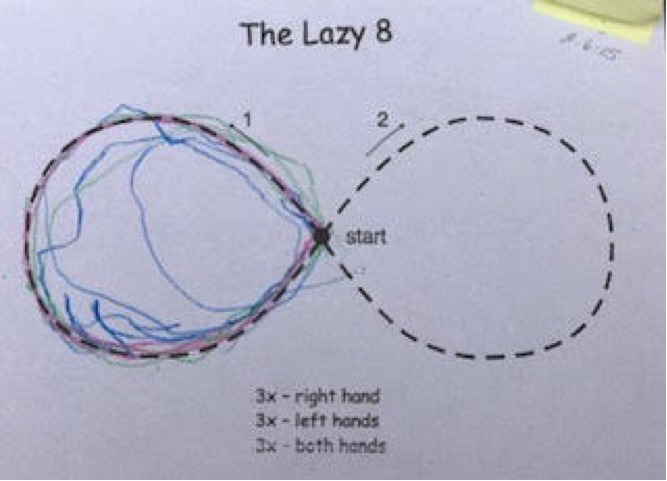 2) “Mindful Movements” done most days in class over a 3-month period.

The same student was able to trace the complete figure three months later!